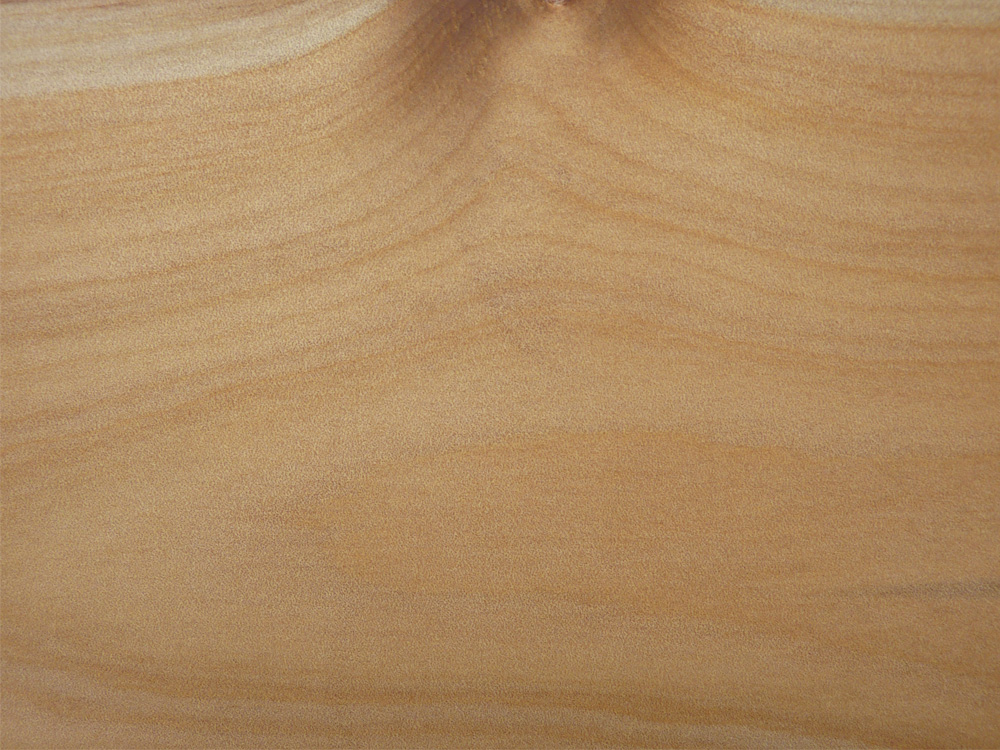 One of the largest and longest-living trees in the world, New Zealand kauri (Agathis australis) belongs to the ancient conifer family, Araucariaceae. Agathis is one of three still-existing southern hemisphere genera of Araucariaceae, and is thought to have evolved in the Australia–New Zealand region. New Zealand kauri appeared about 20 million years ago. Agathis contains about 20 species found along the western Pacific and into New Guinea, the Philippines, Indonesia and Malaysia. The most southern-growing species, New Zealand kauri, is restricted to the sub-tropical forests in areas north of latitude 38° S (in Auckland, Northland and the Coromandel Peninsula), where it grows from sea level to 600 metres.

Another dense wood, this giant wood is beautiful, especially when bookmatched. The sanded finish, and even planed finish has a magnificent sheen through it. The picture on the right does not do it service! The wood is a very tan brown, and can have dark, swirly grain.

One of the most amazing things working with Kauri is the smell of the saw dust. Just divine!